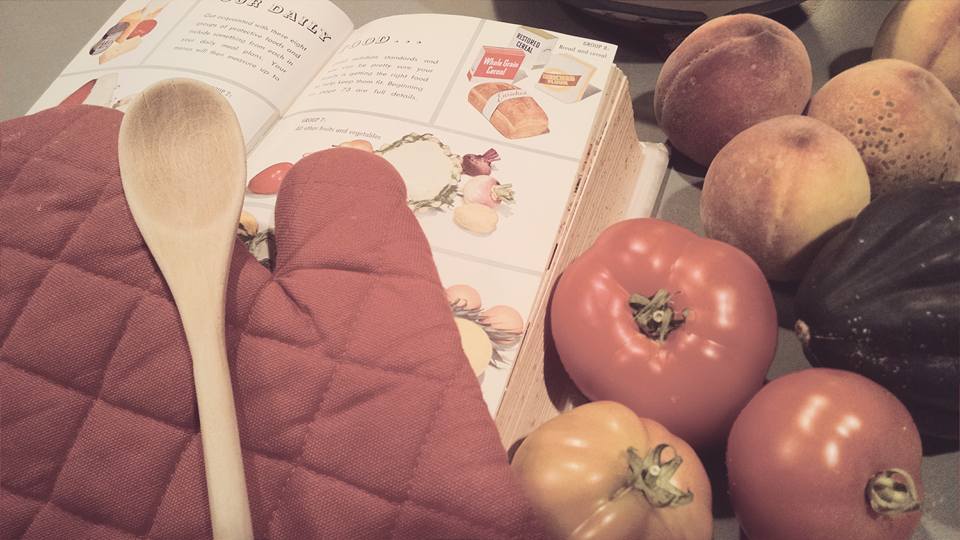 During the course of reading a fabulous book called The Lost Art of Dress by Linda Przybyszewski (to learn more please read my post here), the author references and used as source material the databases available to us through the digitizing of many publications from the early 20th century. One such database is called HEARTH – Home Economics Archive: Research, Tradition, and History – maintained by Cornell University (see link here).

The HEARTH collection encompasses a stunning array of books, journals, and articles on the art of home economy, domestic science, and home making. A treasure trove…if you know how to value it.

Shooting from the hip: I’m a traditionalist and a sentimentalist, so I find the underappreciated quantity of research and practical information produced by the early 20th century home economists a tragedy. When did we stop valuing the efficient, sanitary, effective, imaginative, joyful making of the home? Have we stopped living in homes? Do we somehow not need to have economic savvy anymore? Is sanitation a thing of the past?

The modern feminist movement has achieved many of its purposes, but unfortunately in many cases it has done so at the expense of and through degrading the contribution and acumen of home makers, “home women” as Przybyszewski puts it, and home economists. This is short sighted, and rather sad. We have suffered for underappreciating the value of women who choose to focus their lives on making a home and raising children.

So what to do? Legislation? Protests? Long social media rants? Um, as if there is any shortage of those things these days.

How about simple appreciation?

Start with a little knowledge. Look into some of the published works of the generation that valued home economics. Find out what savvy they accrued and put it to work!

The HEARTH collection is one place to start, but another is the folksy magazine produced by Leanna Field Driftmier (1886-1976) an Iowa farm wife and educator. She produced a highly popular and long running early radio show on home making topics, and later translated that knowledge to a newsletter-style magazine, Kitchen Klatter.

The Iowa Heritage database preserves many issues of this publication. Take a moment to explore them. Try some of the recipes, and maybe you will find a practical tip or two to make your life a little more efficient and economic! Don’t undervalue these kind of resources in your quest to understand the past. They aren’t flashy, but they help us understand the daily lives of our predecessors in the past. 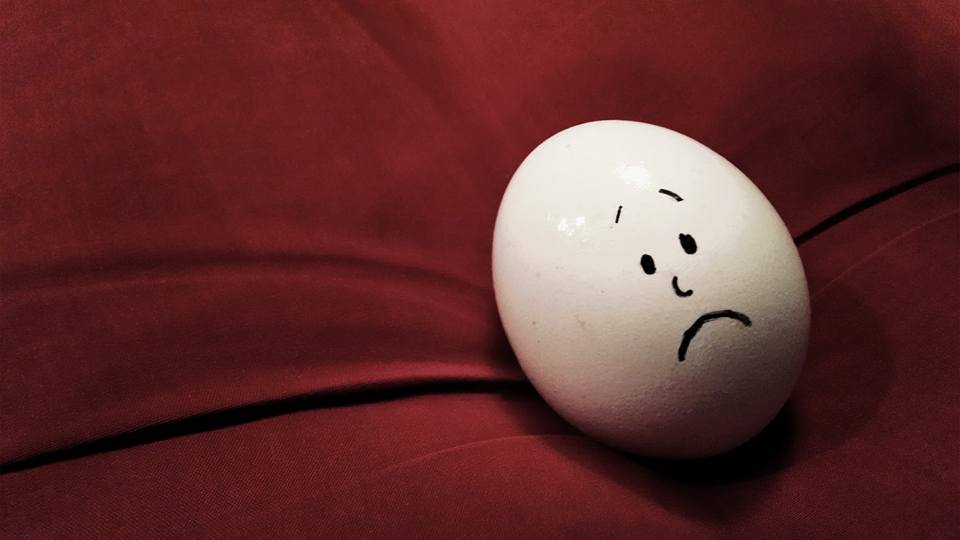 Have you ever walked through the supermarket, or the out-of-doors market (if you are lucky enough to have one nearby) and stopped to appreciate just how much food we have access to on a daily basis?

Intellectually we know that there are many places around the globe where food is not so plentiful nor available. Venezuela at the moment is struggling through famine triggered by political unrest and a decade of instability. In other places it is simply the norm to be without. However, to quantify scarcity is sometimes difficult as we stroll the aisles of the supermarket and decide if we want the artisan, “hand-made” (by machines shaped like hands) cumin basil crackers or the tomato pesto anise flavor? Gasp.

Was there a time when the western world had to face food scarcity? You bet! It was called the Second World War. Almost all of the European nations, and beyond, suffered from going without. For much of continental Europe that was a result of having been overrun by hostile armies and subjected to starvation so that food could be shunted back to the German Army. Russians, German citizenry, Italians, the French, the Dutch, Spaniards (who had been going without all through the 1930’s because of a civil war) all faced famine, and the list goes on and on. The British Isles certainly suffered, but theirs was, from the start, superimposed rationing to feed the populace and its soldiery. The Americans, too, ended up with varying degrees of rationing, but certainly not as strict as the British model.

And it is to British rationing that we’re going to turn to help get a sense of personal scale of scarcity. The Ministry of Food was the organization that implemented rationing for the populace at the behest of the British Government. When you look over the requirements you realize how little each individual was allowed, but you also see the care and thought given to maintaining vitamin intake for children (fruits and fruit preserves were to be given to children first to sustain healthy growth). Bread and Vegetables, especially the homegrown variety, were not rationed and people were encouraged to grow their own. For adults, vegetables were the mainstay of nutrition.

What was rationed, and here is where we can begin to appreciate what and how much we have on a daily basis, was meat. Meat was rationed by price, only so much per person per week and then only of what was available and sometimes that was offal, or organ meats…heart, lungs, intestines, etc. So, no hamburgers or juicy steaks every night for a week!

Recipe books of the era recommend stews and pot pies with minimal meat supplemented by plentiful vegetables. My favorite cookbook from this era, incidentally, is a reprint by the Imperial War Museum called, Victory Cookbook: Nostalgic Food and Facts From 1940-1954 by Marguerite Patten OBE, 2002. I found it at a wonderful booksale held in the Guildhall in the city of York…a story for another time. This volume presents reprints from government material produced during the war, much of which was the work of a young woman named Marguerite Patten, whose creativity helped inspire home cooks throughout the war.

Milk was also rationed, 4-6 cups per person, per week. Think of what that meant, if you are a regular consumer of hot chocolate you could have a cup every other day, but you couldn’t get the chocolate. But what if you wanted pudding…that requires milk and, whoops, you just used up your allowance. Or baking, which often requires milk… there it went again. Milk in your tea (which was also rationed, think of that the next time you order a 28 oz glass of sweetened iced tea!)? What do you choose? And yes, you could combine a family’s portion, but how did you refrigerate it until you could use it? Refrigeration wasn’t universal in the 1940’s. Powdered milk was a big bonus, but it wasn’t the same as fresh.

Something to contemplate the next time you see all those gallons of milk lined up in the dairy section as you absentmindedly grab one.

Then were was cheese and butter, 2 oz (yes, two thumbs-size slices worth) of each per person each week! That would give you roughly one small sandwich or two after-dinner cheese chasers or a quick gobble for an afternoon snack…no cheesy, gooey grilled sandwiches to eat four bites of and throw the rest away. And butter, you have to bake with butter, remember? So, cookies, scones, cake…all required major planning and the pooling of amounts between family members (which, in the days of mothers being the main organizer of home was all planned and implemented by mom, kids didn’t get to take their cheese stash to their room and watch it mold).

A lot to think about. Belts were tighter then, and interestingly, mass produced bread was made with 1/2 regular “white” flour and 1/2 whole wheat or whole meal flour. As statistics were compiled during this time period, it was found that the health of the nation actually improved as a result of this austere, but very healthy diet. 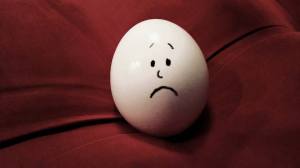 And then we get to eggs, or, I should say, egg. Just one a week, and sometimes just one every two weeks. No high-protein, cheesy, three-egg breakfast omelets, no scrambled eggs, probably few egg dishes at all as these precious few eggs would have gone to work in the weekly baking. Things improved somewhat when powdered eggs were made available from the US, but if you have ever had the misfortune to consume powdered eggs regularly you will realize what a glorious blessing it is to have fresh eggs at all! Let alone the ability to buy 4 dozen at will!

Then there was sugar, and this is killer because I think it is safe to say that we nowadays could be referred to by archaeologists looking back at us from well into the future as the “sugar-eaters”, so much do we consume it in sweets and even in things that should be savory. Sweets were rationed to 12 oz every four weeks. If this was granulated sugar imagine, 12 ounces is just a cup and a half, and the average cookie recipe these days typically calls for 2 cups of sugar, per batch! So for a month you could enjoy the stale remnants of your monthly less-sweet cookie baking binge. But again, even pooled together for a family of four, you would need this sugar mostly for preserving fruits, if you could get them, or making faux-fruit preserves from vegetables…Carrot Marmalade anyone? (quite serious, there was a recipe!).

So, as we step off the nostalgia tour bus, I hope you can use this personal-scale food scarcity overview to get a sense of how blessed you may be. While it is vital to do what we can to help others in need, to not waste what we have, and to share, we also need to take a moment, a deep breath, a bowed head, and thank God for what we have. America has a history of overflowing abundance and it is a very popular mindset right now to try to apologize for that abundance (while gorging on it, it seems), but ungratefulness is not improved by embarrassment or apology. To be grateful is to be grateful. Out of gratefulness flows generosity, while out of embarrassment flows self-consciousness and self-centeredness.

So let’s be grateful for our blessings, look outward and share what we have!